An Experiment in Survey Skew and Bias 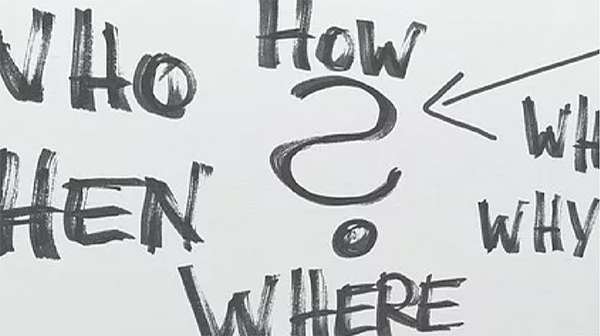 An Experiment in Survey Skew and Bias

How should I phrase certain questions? What mistakes should I be avoiding? These are just two of the many questions you might ask yourself before writing a survey, in order to make sure you recruit the right respondents and avoid skewing the results.

To help answer your most pressing survey-writing questions, we conducted an experiment: we gave our panellists two surveys. The first survey was written in a way that would get skewed results, and the second in a more neutral way. Each survey was completed by 1,600 people in France, aged between 18 - 65 and representative of the population.

The results might surprise you! Let’s take a look...

Yes, it might seem obvious, but our experiment provided concrete evidence that you won’t get the same results if you ask about, for example, the benefits of ‘thiamine’ (scientific name) compared to asking about the benefits of ‘vitamin B1’ (commonly-used name).

We drew two conclusions from our test:

Thiamine vs. Vitamin B1

Riboflavin vs. Vitamin B2

Niacin vs. Vitamin B3

Pantothenic acid vs. Vitamin B5

Pyridoxine vs. Vitamin B6

And to think... many of our 1600 participants were not aware that they eat all of these substances in their cereal each morning!

Our first conclusion was that it’s complicated even trying to write a sentence using a double negative - so you can imagine the effect this has on results.

AVOID: Including the answer in the question

This is particularly important when writing your screener. If the participant starts to understand what you’re looking for, they’re going to say whatever they can to make it past your screening process. That’s why it’s important to make sure you’re not giving the game away in your screener questions.

For example, if you want to survey participants who have hot chocolate for breakfast, instead of asking them a ‘Yes/No’ question, provide them with a list of drinks to choose from.

We found that by hiding the required answer among several other options, 28% of participants were recruited as hot chocolate drinkers. When we asked a ‘Yes/No’ question, however, we recruited 43%!

Want to delve deeper into the subject of trick questions? Read our article here: article link

In this case, there were no discrepancies and the results were the same.

However, within a survey, it’s best to keep all of your satisfaction scales in the same order. Techniques like this can be used to identify participants that are not taking the survey seriously, but you do risk losing genuine and highly-engaged participants in the process.

AVOID: Option lists that are too short

Imagine you’re asking participants to describe their opinion about full English breakfasts. If your response options are mostly made up of positive adjectives, then responses will naturally be more positive than if you provide an equal number of positive and negative adjectives.

Moreover, panellists want to be able to express their opinion fully and will happily resort to selecting ‘Other’ if they believe the options provided don’t reflect how they feel. This means you could end up having to code a high volume of open-ended responses.

So, when writing primarily closed-ended questions, make sure you provide participants with plenty of adjectives that represent all of their views.

Nowadays, it’s very easy to add images or videos to online surveys - that’s why you should be making the most of it!

Sometimes, they help illustrate a question, which allows for more accurate results.

If you’re asking a brand awareness question, for example, it helps to use logos. Some people are more visual than others.

For a brand like Nike, people don’t necessarily need to see its logo to recognise the brand. We found that brand recognition for Nike is the same with or without use of its logo. However, when it comes to ‘lesser-known’ brands like Intel, a logo can be useful. Brand recognition for Intel was at 83% with the brand’s logo, and 75% without the logo.

Random response ordering is one of the oldest techniques in the survey book.

However, when you’re asking participants to describe their perfect shoe using a list of 19 options, you’ll need to programme the options to appear in a random order each time. Otherwise, you risk the options at the top of the list being selected more often than those at the bottom.

When lists are long, participants usually can’t remember every option, and so some options will be selected less often and results can be skewed.

How do you write questions about price? This area deserves a whole article to itself! Do you use an open numerical question? Do you use a single-response question with price brackets? There are several ways to go about it.

For this experiment, we tested the use of price brackets by asking our panellists how much they would be willing to pay for a pod coffee machine.

The conclusion? It’s best to keep your surveys as simple as possible. Some topics are already complex enough without creating technical difficulties for your participants.

Remember that your participants are under no obligation to take part, so if a survey is poorly-written or skewed, it can generate inaccurate data and unhappy panellists.

Poll of the day

76%
of UK respondents consider themselves to be introverts
See more